Who is the 1946 distillery worker? 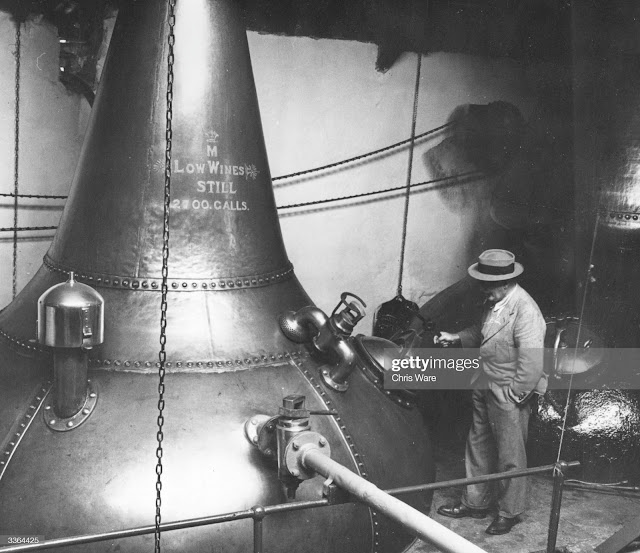 You'll recall this amazing image of the 3rd still at Glen Mhor from 1946 and the caption that suggested this was a distillery worker... we weren't so sure, remembering how grubby and manual working in a distillery was back then.

So, our initial impressions were that an owner turned up to show the photographer (Chris Ware) around. This makes sense and we know that the owners did still reside in Inverness. Thanks to Rose for finding and highlighting a section on Glen Mhor in Gavin D. Smith's Stillhouse Stories Tunroom Tales which we'll be exploring in greater detail here soon.

Full of information, the recollections of a Glen Mhor distillery worker (Rodney Burtt) prove quite poignant regarding this photograph, as he describes William Birnie's efforts around the distillery, including his daily routine: 'arrive during mid-morning in his Riley Elf, wearing a Panama hat, tweed jacket and pale-coloured trousers...'

From our newspaper section, we know William's age when he passed away in the 1970s, meaning he would have been 58 at the time of this photograph. And yes, he lived in Inverness and spent most of his day at the distillery. So, with some confidence, we can say this photograph features William Birnie.