Maps are wonderful things, so here we'll look back on the area where Glen Mhor was situated and any changes. The landmark of the Caledonian Canal was completed in 1822, therefore predating the distillery by several decades. When the distillery did arrive, it was in Muirtown before it was swallowed up by an expanding Inverness. Located at the end of Telford Street, which we can see in this Ordnance Survey map from 1843-1882 that gives a glimpse of the landscape at that time. Credit: National Library of Scotland

This is the other side of the map with Telford Street reaching the Caledonian basin and you can visualise how rural the Muirtown area was with a nursery and fields. Initially, from a newspaper story (see the newspaper section), we know that local Muirtown farmers were supplying barley to the distillery in 1896, if not prior. 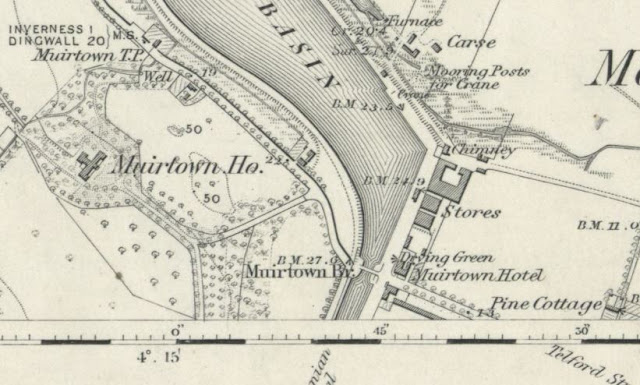 Now we jump into 1902, you can see the transformation in the area and this map shows the arrival of Glen Albyn distillery, which would be next door to Glen Mhor and the then owners, refusal to grant their distillery manager a share in the business, prompting him to seek investment for the distillery that would ultimately become Glen Mhor. 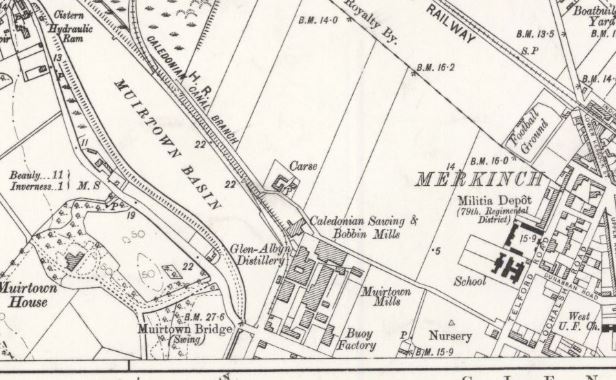 And looking at the same map from that year, we can see the arrival of Glen Mhor distillery, placed in front of the football ground that is shown in surviving photographs. Compared to Glen Albyn, it was a modest affair initially. 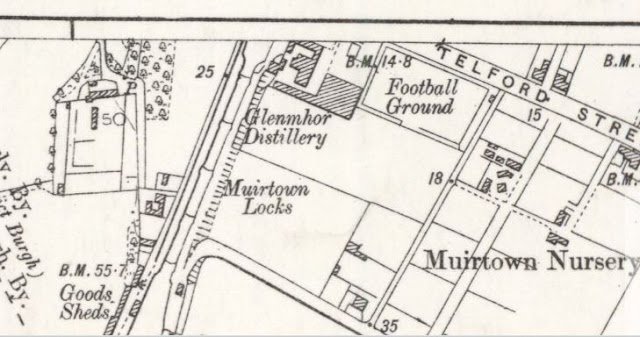 In this map from 1929, we can see Inverness slowly swallowing up Muirtown and Glen Mhor still happily sitting in front of the football ground.

Jumping into 1938, we can see that Glen Mhor remains relatively unchanged, of course, from 1920 both distilleries were under joint ownership and running in tandem, so potentially we may have to look at Glen Albyn for any growth. 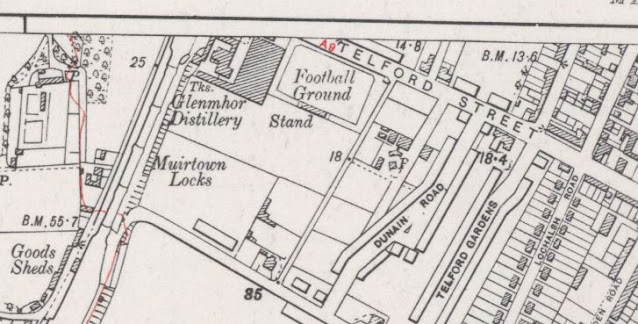 As demonstrated by this 1938 map showing Glen Albyn across the road, which has become a much larger site - Albyn when established was on a bigger plot, allowing for more expansion and ultimately warehousing. 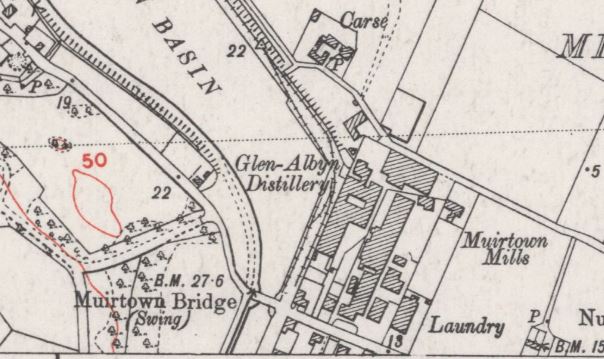