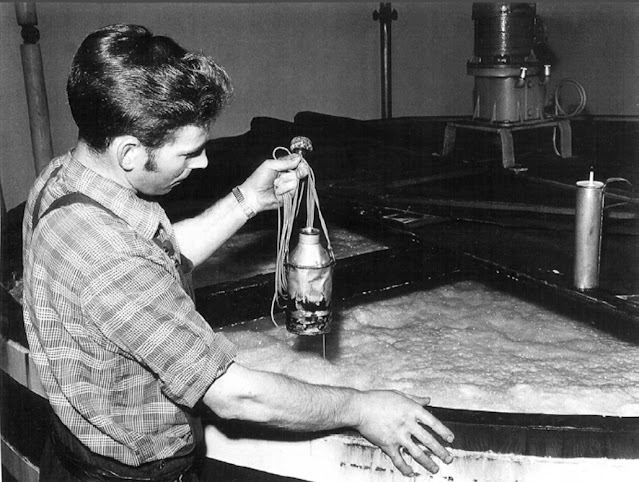 A fantastic image, either the early 1970s or possibly the late 60s, as featured in Gavin D. Smith's Stillhouse Stories Tunroom Tales available from Amazon as a book or an e-book (those are commission links). Thanks to Rose for highlighting the article.

There is the possibility that this is Glen Albyn, however, Rodney Burtt, trainee, towards the end of the 60s and into the 1970s, keeps most of his recollections to Glen Mhor, which seemed to be the focal point and had a single malt reputation.

This is one of the most important sources of Glen Mhor information, as it puts us in the role of a distillery worker. Sadly, Rodney passed away suddenly in 2013, shortly after the book was published. Thankfully he left us with some fantastic images and memories, which we'll be exploring and reevaluating.