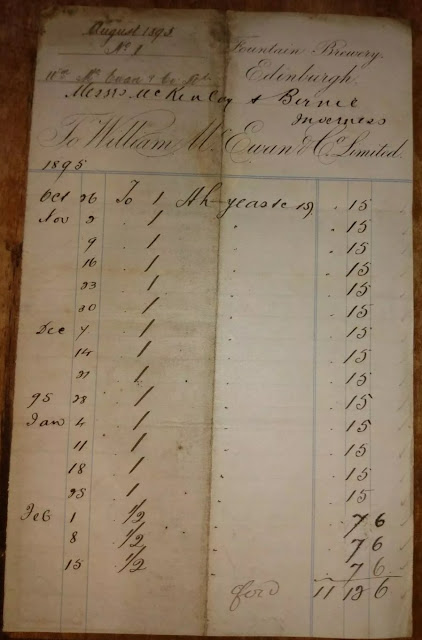 Here's a great find thanks to Distillery View, which sheds some light on the yeast being utilised at Glen Mhor. This invoice confirms a series of orders for yeast from the Fountain Brewery in Edinburgh, which only closed in 2004.

The link here would have been the Mackinlay's, with their blending operation being based in Leith, Edinburgh. They would have been aware of the Fountain Brewery and its wares. So, makes sense for their new Inverness distillery with input from John Birnie, to use a flavoursome yeast from a sizeable producer.

Potentially, as the ownership of the distillery continued until 1972 and Fountainbridge was in existence until recently, the yeast aspect of production remained unchanged.

Now, whether that yeast continued to be utilised throughout the existence of the distillery is another question. Also of interest would be what was Glen Albyn using around this time?