1898 Supplement to The Distillers' and Brewers' magazine and Trade News 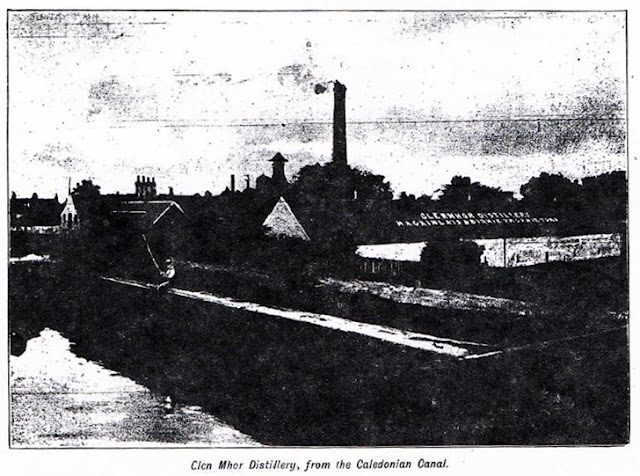 We have one of the wants from our wanted list. Something that until now was presumed lost, or as I like to say; just waiting to be found. My thanks to Alan for providing a copy of the supplement to the Distillers' and Brewers' magazine and Trade news, published in 1898. Needless to say, this is hugely exciting.

So, before we delve into the text itself, which we'll be doing over the next couple of weeks (there's a huge amount of information across the 4 pages), I wanted to start with the lead image.

This is a young Glen Mhor, easily the oldest photograph of the distillery to date, which was a bit of a technical marvel, as you'll come to appreciate from the writer; showcasing things that we take for granted such as electric lighting. Yes, the copy isn't great, but I'm hopeful if this exists, that a better image will as well.

What can we take from this photograph? It shows the original layout, devoid of the buildings that would pop up along the canal front. A new discovery is the writing on the roof, the largest building that runs the length of the distillery, which would be used for warehousing. We just didn't know it was there or have many photographs from this angle. At the time of the photograph, this side of the distillery would have been farming fields (confirmed by our existing overhead photographs) and is essentially the back end of the distillery.

Tomorrow, we'll bring you the text from this first page.