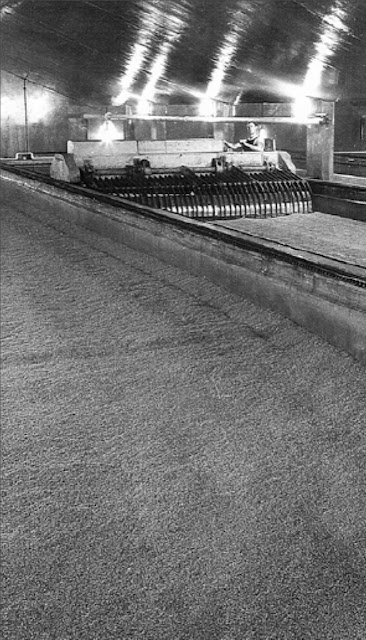 The first of 3 Saladin Box photographs from Stillhouse Stories Tunroom Tales by Gavin D. Smith, which we have added to our Photograph Section.

Likely taken in the late 1960s or early 1970s when Rodney was at the distillery. There is also the possibility of it being Glen Albyn, but as his memories refer to Glen Mhor, it's likely that this is the Glen Mhor Saladin Box.

We'll have a post tomorrow about the actual dimensions of these boxes and how they worked compared to the traditional malting process. Each box contained 20 tonnes of barley.