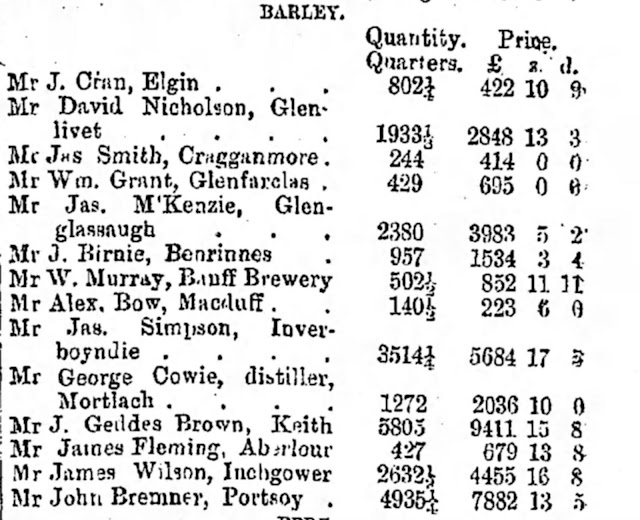 Here's a very early mention of John Birnie at Benrinnes in 1881, with the price of barley being paid for in the region. Take a moment to look at some of the other names on this select list; George Cowie (Mortlach), the Grant's of Glenfarclas and Fleming of Aberlour immediately stick out.

The timing is perfect, as we know John joined Glen Albyn in 1885 and for 8 years prior was at the Benrinnes distillery. So, this is where his whisky career began and ultimately led to the creation of Glen Mhor. He was surrounded and potentially tutored by some major distillers from his early days.