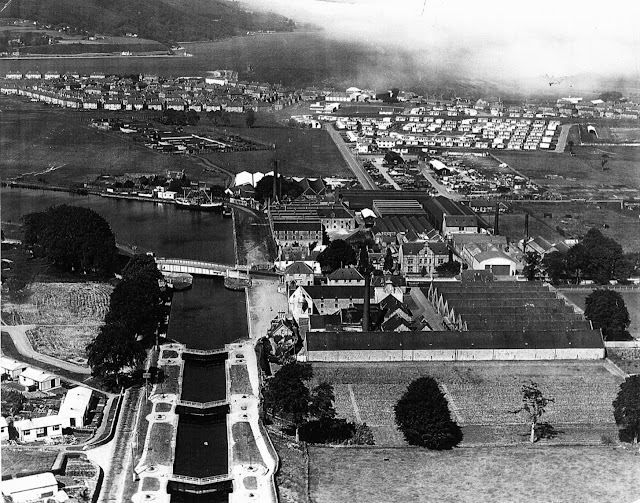 This looks very similar to a photograph used by Shackleton Whisky for their ongoing promotional activities - in our Photograph Section. Possibly taken just prior to their image as we're moreover the lock, whereas they are slightly off to the right. We do have a confirmed photograph from 1928 which is similar, but the large white building across from Glen Mhor above, isn't present - it's just open land.

We also have a similar image provided by Lost Inverness, which again is similar to the Shackleton image with a confirmed period in the early 1960s. The white building is present in this photograph as well, so I'd be confident in saying this is from the same fly-past in the 60s, but took a few moments prior to the image we're more familiar with.