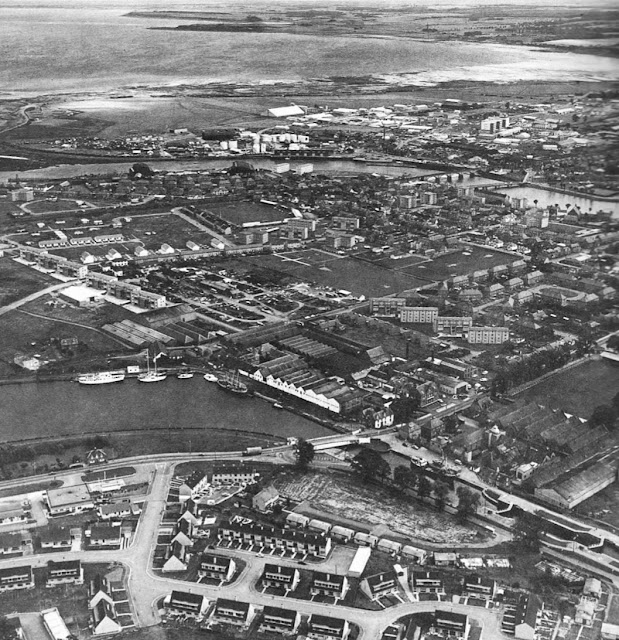 You can see the continued development of the Muirtown area, with new buildings on the south side of the river and the old buildings of both Glen Albyn (on the left) and Glen Mhor (on the right) dominating the waterfront.

There are a couple of interesting aspects to this photograph for Glen Mhor. Firstly, you can see a couple of new buildings from this angle. This is probably one of the best photographs for giving us a more insightful view of the cluster of waterfront buildings that dominate images from the canal.

The other aspect and I thank Alan for this (who also provided this image), is the boat outside of Glen Mhor. This is believed to be the Pibroch, built in 1957, 30 meters long, which was a diesel-powered boat owned by DCL. Best known for working around Clyde and Islay, it seems logical that she would attend other distilleries in the DCL portfolio with water access. She was in service with DCL until 1976, which gives us a potential timeline of this photograph.

The shape of these boats (there was a sister ship called the Julia T, which I've yet to find the ownership details of) was distinctive, they also had a flat bottomed hull so they could land on beaches and were some of the last Clyde-built boats. The image itself is credited to the Highland and Islands Development Board. Alan can recall seeing the Pibroch at least once in the Muirtown basin.

This image of the Pibroch comes from the Islay.blog and shows her at work at the Caol Ila distillery on Islay, which could be the rule she's performing for DCL at Glen Mhor. She was the second boat to bear this name and work the Islay route, the original which was built in 1923 was only retired when this newer version was completed in 1957. 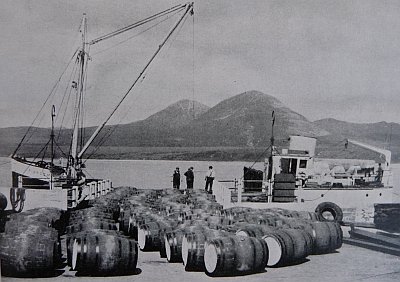 Here's an image of the Pibroch at the end of its life, courtesy of Wikipedia: 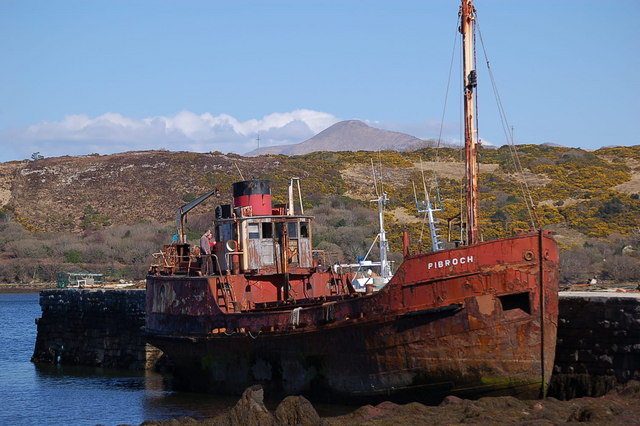 You'll also notice some activity in the lead image, on the dock between the boat and Glen Mhor. This could just be a coincidence, but potentially it looks like a crane and some sort of transportation. Suggesting casks leaving the distillery, or potentially casks arriving from another distillery? Something to research further...

My thanks to Rose for her work on the lead photograph.