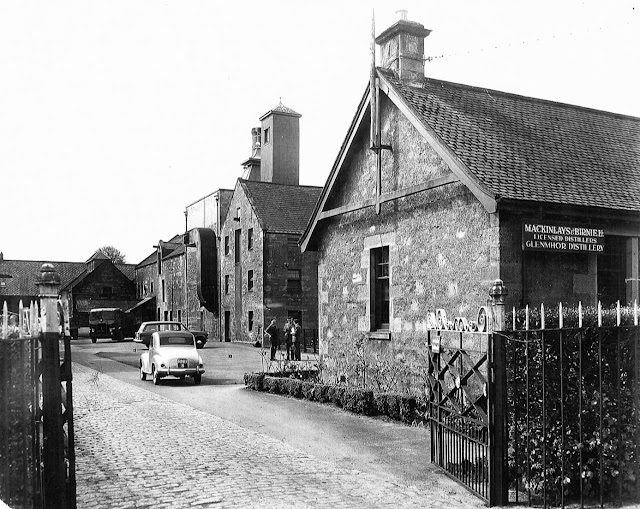 'The entrance to Glen Mhor Distillery in the 1950s. Note the malt kiln chimney in the foreground, the profile of which resembles the pagoda image that is the most conspicuous feature of locating a distillery.'

I just love this photograph, which gives us an look through the distillery gates that aren't present in later photographs. Compare this to the 1970s photograph from the Diageo Archives at the same angle and the hedge seems to also have been removed.

The distillery workman looking back at us and behind him what must be the staff parking area, where we've seen cars beforehand. The small car heading into the distillery features a style of license plate that was in use from 1932-1963, which gives us some context and backs up Rodney's caption. Could the gentleman in the hat be one of the owners?