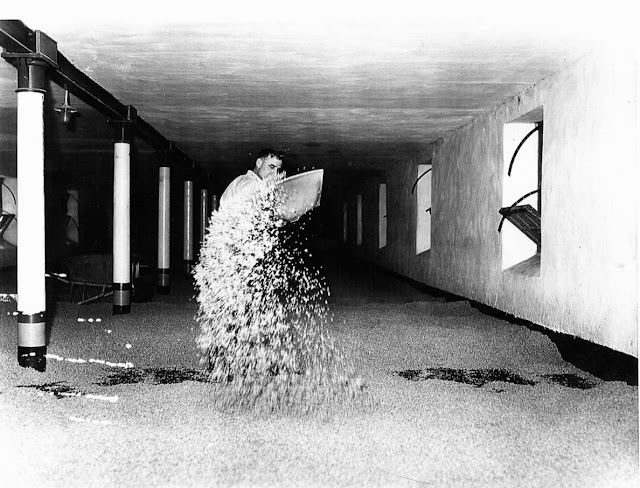 'Russell McGregor, works manager of Glen Mhor (in my time), turning the barley in the 1950s'

The effort that turning the malt consistently for a period of time is not to be under-appreciated. This will be the Glen Mhor malting floor as it is smaller than the previous image we posted that potentially could be from Glen Albyn, across the road. We know this is Glen Mhor due to the size of the room and the ceiling - something that is confirmed in a wonderful image we'll be posting next week.

Potentially, this is likely to be the late, or mid-1940s, as we still work to confirm the suggested date of the Saladin Maltings being installed in 1949 at Glen Mhor. It is interesting, as we seek to confirm either of the suggested Saladin dates. For instance, was it installed on another floor to this? The maltings were at least 2 levels, if not 3, or were the Saladin boxes installed in 1954 as some also suggest - only more research will confirm!