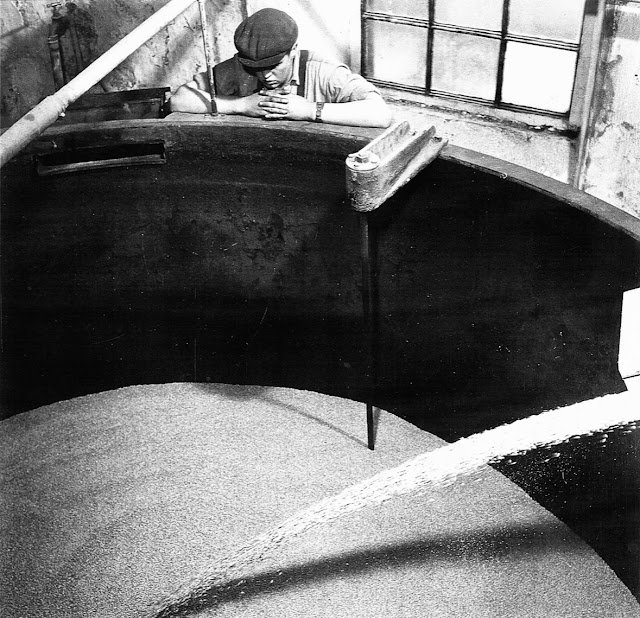 'Ten tons of barley occupy each of the two steeps. After the steeping process, the barley travels into the Saladin boxes.'

This lets us see into the distillery once again, likely to be Glen Mhor because Rodney specifies 10 tons specifically. We know that Glen Mhor had a 10-ton mash tun (say that quickly) installed in 1925 and may have continued that quantity with the cylindrical steep.

As always, we're left with mysteries. Who is the worker with the traditional cap waiting patiently on the tun being filled? And when was this? The 1950s? Given this steep, it suggests it was taken during the Saladin box era. Our research continues.