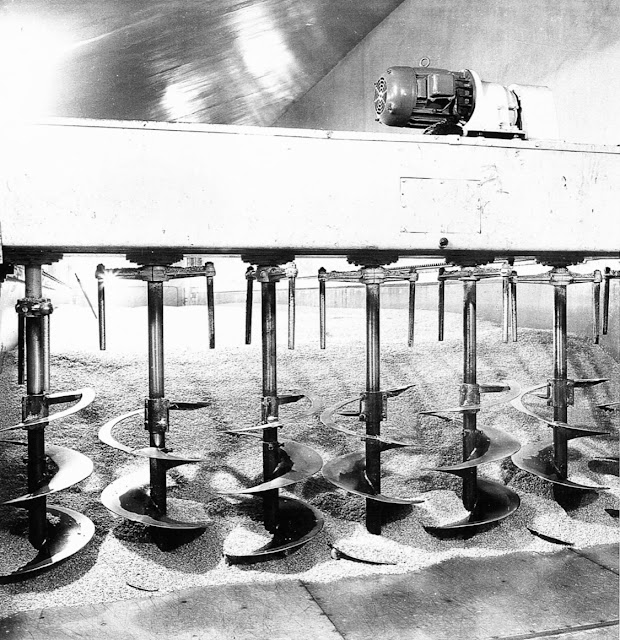 'The Saladin box interior showing the worm screws which travel along the box turning the barley mechanically from top to bottom. These aerate and stabilise the barley with water sprays from the bridge that holds the worm screws.'

More detail of the Saladin boxes possible either of the Muirtown distilleries or Imperial. You'll notice the roof in the background, metal cladding that fits our earlier photographs. While we are still continuing to research when the maltings were first installed in Glen Mhor (Rodney says 1949 as do others, some suggest 1954), what we do know is that as an early version they would have used these screws. A dangerous aspect to working with the machinery, if god-forbid anyone fell in or got in their way. These were later replaced with a paddle style, as they were across Scotland.