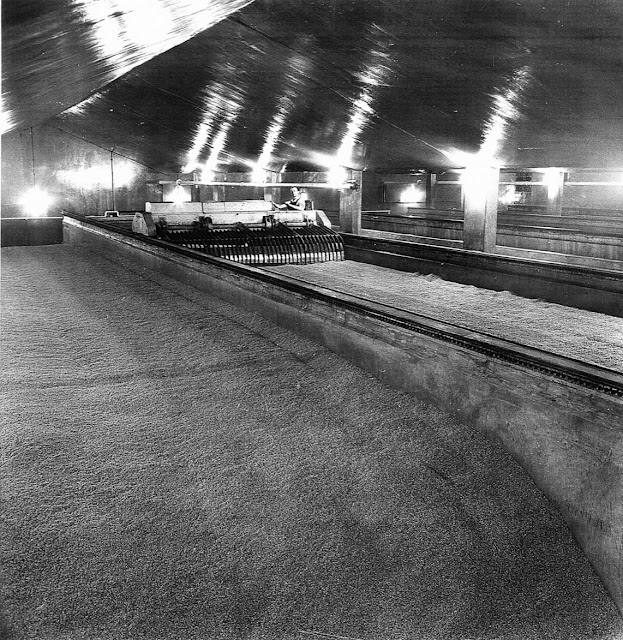 'The Saladin boxes were 60 feet long times 8 feet wide. These contained the same 22 tons of barley, couched up to three feet, as were employed on the malting floor.'

Now the question is, whether these are Glen Albyn, Glen Mhor or even Imperial has been suggested as a candidate. The size would suggest Albyn in terms of malting floor - there's also a reflective quality in the image with all the metal sheeting giving it a larger than life appearance. We also know that the Glen Mhor maltings were expanded (as you can see from our photographs) with a modern building running alongside the original maltings. It's likely that this was to house the Saladin boxes, or the full-scale version. Rodney, in his recollections, stated that Glen Mhor was initially used as a testing ground for the technology before it was ramped up. What we're seeing here might be the final version.

And then there's the sense of how industrial and mechanical this is. The worker cuts a lonely figure operating the machine in what must have been a warm environment. The bright lights, metal panelling, and relentless nature of turning the barley with jets spraying water...