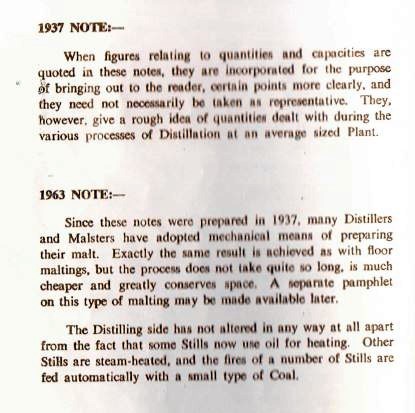 A couple of pages from a privately published pamphlet from William Birnie, that looks as if it was originally from the 1930s and then revisited in 1963.

My thanks to Alan for these images, these as far as we're aware are the only copies in existence currently, as we've not been able to track down an original of the pamphlet. However, we do like a challenge. It's an interesting premise as William - as we've shown - was well versed in whisky and statistics. We'll be publishing some of his reports in the coming weeks. This particular pamphlet looks more like a general introduction to whisky. There's also the hint above about a specific leaflet on malting, hinting at the rise of Saladin boxes which would have been in use at Glen Albyn and Glen Mhor under William's leadership. 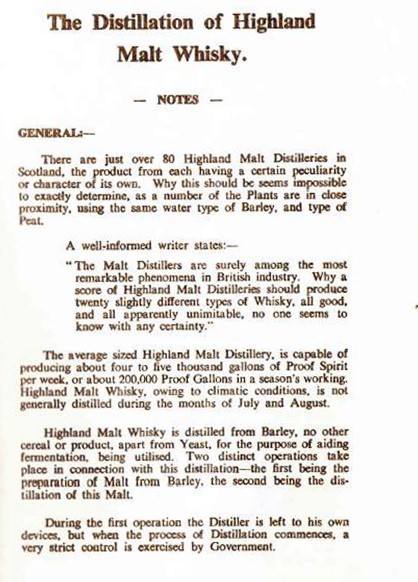 This opening takes us to a bygone age, just 80 distilleries (it probably numbers double that now, even with the closures of the 80s) and the mystery of why whiskies varied between sites. 200,000 gallons is a small amount by today's non-craft standards, yet it was around this level that Glen Mhor probably operated until DCL took over the distillery in 1972.
We'll hopefully be able to bring you more of this pamphlet and in doing so, hopefully, shed more light on the internals and statistics of Glen Mhor.
In the meantime, these images have been uploaded to our Documentation Section.
Labels: Glen Albyn Glen Mhor Mackinlay & Birnie William Birnie