Statistics relating to British Made Spirits 1938 Through our research, we know that William Birnie apart from coming from a blending family of note was the custodian of Glen Albyn and Glen Mhor through turbulent times in the industry. A trained accountant, he was well versed in figures and by the 1960s was highlighting the issue of overproduction in Scotch, as seen in our Newspaper Section specifically in 1962.

Compiling statistics of the industry was fairly unique during his time and given his role at Glen Mhor and Glen Albyn, he would have been well-connected with the distilleries filling casks for blenders, as they had done since for decades. Assessing demand, meeting orders, filling casks etc. would have been part of the regular routine as the distilleries sought to maintain healthy orders and not fall into the trap of producing too much.

We know that the difficulty of finding orders in the late 60s and early 70s would be a reason for selling up to DCL in 1972. 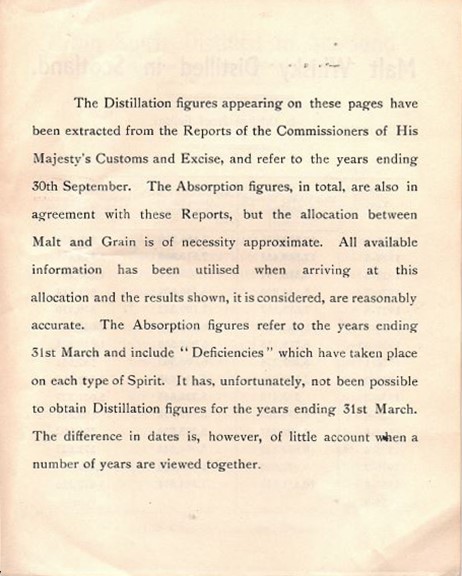 Such figures would have been of use to William in planning ahead. Was there an increased need for blended stock? Was the demand there from the independent market, or as a bottler of an official single malt, were their new opportunities forming?

We'll post all the pages in our Document Section, of particular note is the following where William predicted maturing stock represented just under 4 years supply, which with a war around the corner, would have been barely enough... 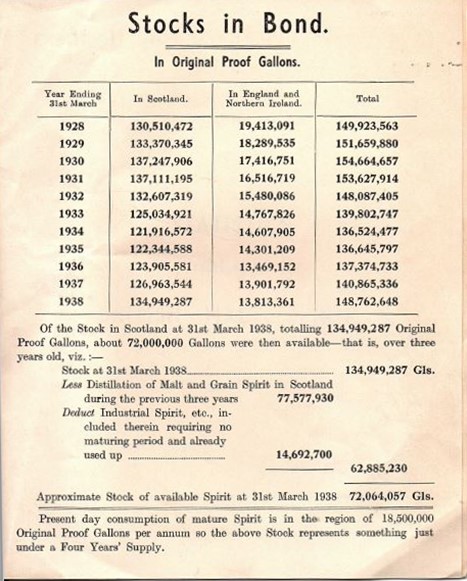