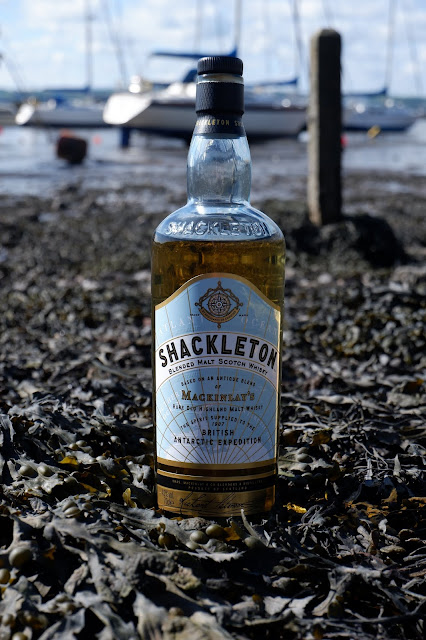 While this modern-day version recreation of the Shackleton whisky doesn't feature any Glen Mhor (some of the limited editions do), it's worth featuring as it taps into the heritage of the distillery and its legacy today.

Master Blender, Richard Paterson, was able to assess the original liquid which came from Glen Mhor, and it surprised all the experts with its quality having being distilled in the late 1890s, into the turn of the century. There have been a couple of limited recreations, but this is the first mass-market release, which you can pick up for under £24 on sale and is bottled at 40%. In fact, Amazon currently has it for £18, which is just ridiculous. That's a commission link by the way - think of it as financing more Glen Mhor here.

So, personally, it's kinda cool that the memories of Glen Mhor, Shackleton and the blending of the Mackinlay's, live on in a subtle way. Widely distributed, I suspect that many don't even know the legacy of the whisky. However, as we're a thorough bunch, you can reach about the original whisky in our Documentation section under 1907, on our Photograph page, you'll find some of the images of the original bottles taken in 2000. We'll add this review to our whisky section where you'll find everything liquid to do with Glen Mhor - we've got some cracking whiskies incoming.

Colour: light gold.On the nose: young but tempered nicely, smoked lemon, green apples, a cheap white wine, a wet sponge, and vanilla. Some dampness, new tablet, yeast, and reflux. Almond brittle, olives, mineral water, and pebbles. Delving in again, lime juice, dulled cinnamon and weathered orange.In the mouth: light but retains some body. Again, a touch of youthfulness but not overpowering. Almonds, diluted apple juice, barley drops, bitter lemon on the finish with white pepper and vanilla. Simple, but pleasant.My thoughtsThis is much better than I expected. For the price, we’re seeing it in the UK in supermarkets (often discounted), my expectations were low. The nose is solid and the palate a little more restrained, but this has been blended with some skill. And having had a few old blends in my time, there is a sense of old bottle effect on the palate. Very much an old-style blend, created in the modern era, helped by the 100% focus on malt whisky. Excellent value for a whisky that doesn't feature grain.Score: 6/10