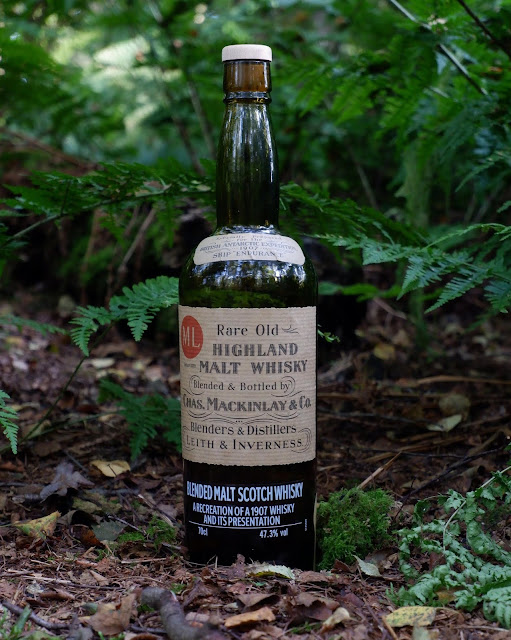 The first edition of the Shackleton recreation proved so popular, that both its creator (Whyte & Mackay) and the Antarctic Heritage Trust felt there was demand and potential for a sequel.

The Journey revisited was released as a 2nd edition in slightly less faithful packaging with the wooden box replaced by sturdy cardboard. The bottle remained wrapped, just like the original bottles that Shackleton took on his ill-fated expedition.

Bottled at 47.3%, Richard Paterson once again took the reigns to recreate the original liquid, where he blended a new edition using:

Both editions have proven to be very well received and successful in raising a substantial donation to the Heritage Trust.
Yet, the Shackleton range was not done there as a more mainstream and limitless edition was released as the Shackleton Blended Malt Scotch whisky, which you can read about in our whisky section. For the price point, it is excellent value and doesn't come across as a modern-day blend, offering substance and personality for under £20.
Of course, it doesn't feature Glen Mhor, whereas this 2nd Journey does include a 1980 cask from the distillery. The edition number isn't stated, but the general consensus is 50,000 units, so potentially the Glen Mhor is the least present malt in terms of making up the percentage of the blend. But Richard has noted its influence even at the smallest of levels. And it is great that we actually know what created this new edition.
My thanks to Kieran for the bottle, which I promptly opened and passed around a charity tasting evening that I was co-hosting. This left me with about half a bottle to explore and bring you this review. The Journey 2nd Edition isn't too difficult to find, you might find a dusty bottle in a whisky retailer for around £100, or take your chance at auction.
Colour: a very light caramel.
On the nose: a noticeable smokiness, not overpowering, rather seasoning and a residue throughout the experience. Honey glazed ham, gauze and soft apples. Raw barley, withered vanilla, gentle peat and a surprising level of citrus to cut through the densest aromas.
In the mouth: a burst of spiciness, then it calms down with the wood coming in before the smokiness takes us into the long finish. Also onboard is that peatiness, just enough which replicates the early levels of Glen Mhor - remember all whisky would have had some element of peat in them in the late 1890s, early 1900s. Some bitterness, but pleasant in its levelling, hints of papaya and grapefruit. Roasted chestnuts, a sooty aspect and an agreeable texture.
My thoughts
More excellent blending, and very much an old-style from my experience. Layered and integrated, it is very agreeable with only the price putting off some customers - even with £5 of the original retail price going to the Heritage Trust. A modern showcase in recreating the past and whether you fancy stepping into such a realm will determine whether you pay the fee.
Next up, I expect, will be the original recreation. A chance to do a side-by-side comparison of all three perhaps?
Score: 7/10
Labels: Glen Mhor Shackleton