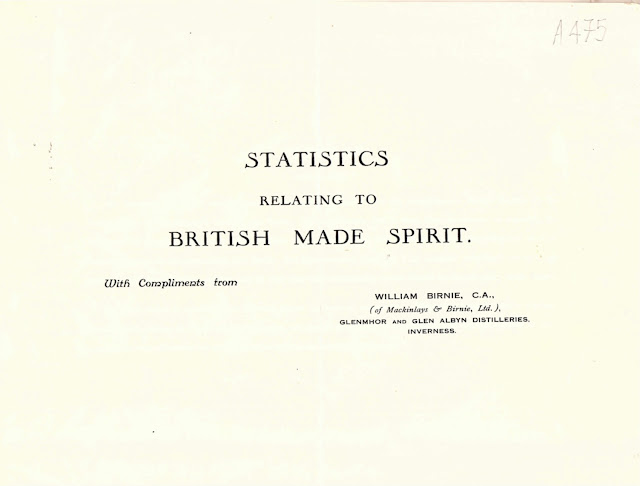 We're back with our second look at an annual slice of William Birnie statistics. We've previously covered his 1938 edition, and it was publications such as these that gathered him respect throughout the industry and knowledge - predictions that overcapacity would come back to haunt Scotch in the late 1970s.

You'll see some news articles in our newspaper section first appearing in 1962, where his Bible made such forecasts.  My thanks to Alan for the document and to Rose for brushing up the images. 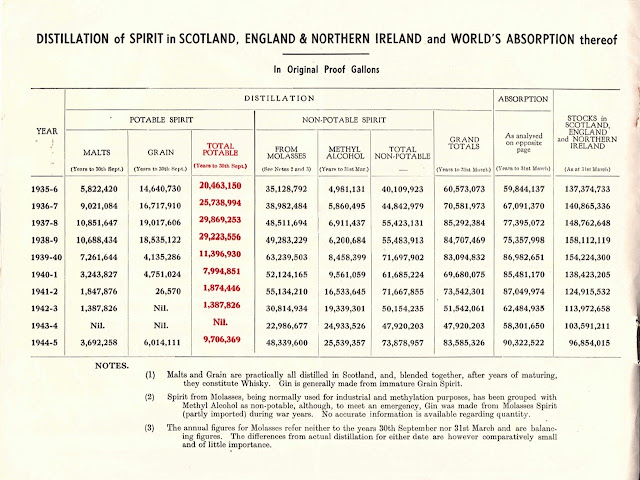 Perhaps the most striking aspect above is the impact of the war which threw a spanner in the sustained growth of the industry. You can also see as things start to ramp up once again, stock levels diminishing rapidly as blenders seek whiskies for their recipes. Sowing the seeds for another 'boom' which was partially fuelled by playing catch-up. 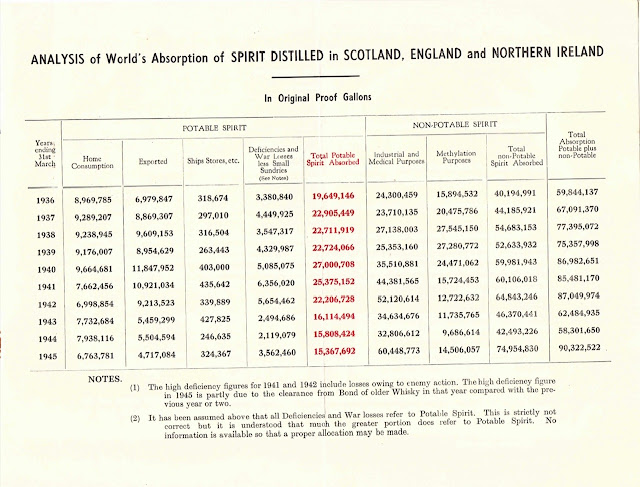 Of interest here from a historical perspective are the losses owning to enemy action. These would have included distilleries such as Banff losing inventory due to bombing, whereas Glen Albyn and Glen Mhor were spared from such damage. 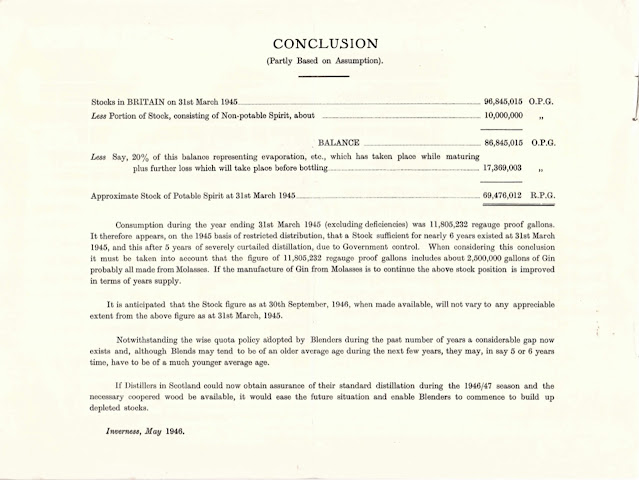 Post-war, the analysis was that there was enough stock maturing during the downtime that the industry could cope with such a shortfall, but older stock had taken a hit and depleted stocks needed addressed. William, also highlighted external issues such as wood supply that could limit any rebound.

While these figures are great from an overall perspective, we do want specifically Glen Mhor and those details will exist somewhere. But we can be reassured that his thoughts and outlook would have been shaped by the issues facing both Glen Albyn and Glen Mhor.