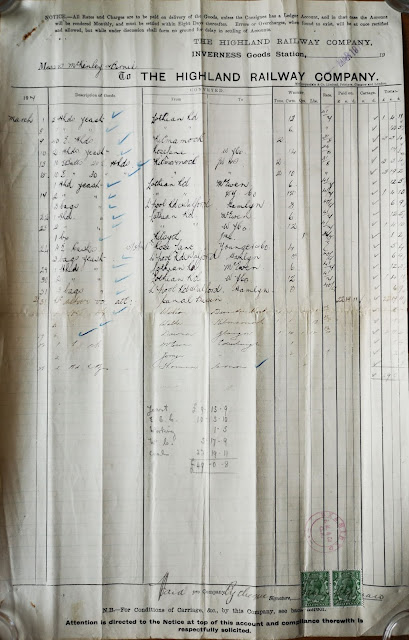 This is our third look at railway shipments involving Glen Mhor from 1917. You can check out the invoices so far via the hashtag as we build a picture of the movement of goods and patterns during this turbulent period. My thanks once again to Distillery View for these documents and his help throughout researching Glen Mhor distillery. As much as the hours and resources I put in are beneficial, it's the assistance and support I receive from others that are just as vital in creating this resource for you all to enjoy.

So, what does this invoice give us? There's the usual assortment of yeast, which reflects the lack of ability to cultivate their own on-site, again, we see the mention of the mysterious Rose Lane that we speculated about during the February invoice. Also featured are the traditional brewers of McEwan's in Edinburgh providing additional yeast and Hamlyn in Salford - so we're seeing a consistent pattern of supply from the same handful of brewers. But this invoice does confirm the origins of the Rose Street entries, as even on this invoice, the companies are not features alongside this destination, with one exception... 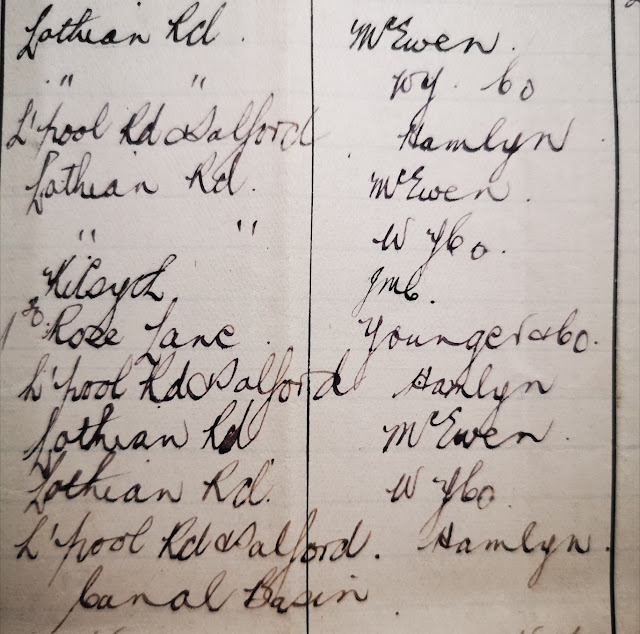 We have the confirmation of Younger & Co, who were at the time, one of the largest (if not the biggest) brewers in Scotland. This entry identifies the Rose Street participant in relation to a shipment of casks rather than yeast. In total, 42 casks were shipped to Younger & Co, they are mentioned again towards the end of the invoice, but the writing is faint and incomplete.

Most traces of their Abbey brewery in the Cannongate area of Edinburgh are long since demolished, such a major player confirms that Glen Mhor sought and built relationships with sizeable firms in other disciplines to assist them. Younger and Co., could have no doubt provided all their yeast requirements - as could Hamlyn or McEwan's - but for whatever reason, the distillers in Inverness, preferred a trio. Inverness does have a history of brewing, but this seems on a small scale and less reliable than breweries to the south.

There is the prospect that this trio offered similar yeast strains, also opening up the possibility of different varieties, or even styles of distillate at Glen Mhor? All speculation right now, yet a possibility that remains open subject to research. The yeast section has been updated on our Distillery Info page - the place for all the technical details.

To give you a sense of the scale of the Younger & Co. brewery, here's a drawing (thanks to Wikipedia) of the location and you'll note the use of barrels, either by cart or waiting in the courtyard. All of a sudden, the 42 casks from Inverness, seems like a small order and raises the prospect that these were empty, rather than full of whisky. 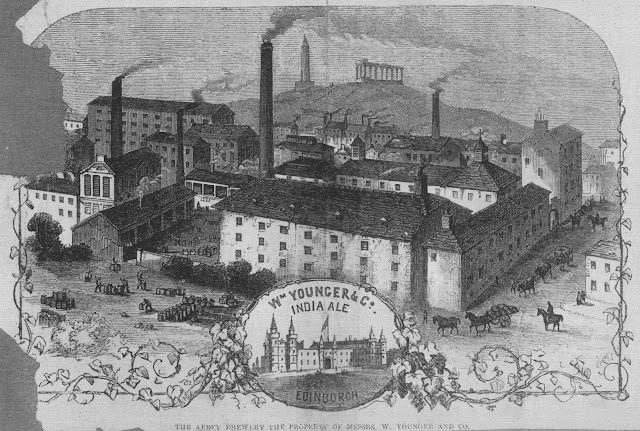 In terms of cask shipments, Kilmarnock remains the major destination where the Walker's appetite for all things Glen Mhor seems to have been insatiable. For the month, the blenders of note ordered 94 hogsheads and 20 butts. For 1917, we're seeing a consistent level of orders from the Walker's after a slow January, with 60 butts and 208 hogsheads being shipped south to Ayrshire. Making Johnnie & Co., the biggest customer for this Highland whisky.

Also appearing this month are Dawson's of Glasgow, who at the time were working to establish the Peter Dawson's Special Scotch Whisky brand. There is one entry I'm unable to read for a small collection of casks that could be Dundee West, one I'll have to check out and decipher in the future.

So, March looks like a rather quiet month at the distillery in terms of cask shipments. It seems a period of actually taking in provisions, with at least 18 bags/casks of yeast being received. Even the Mackinlay's blending operation in Leith, did not take up any stock, so as we still have 2 further months to explore in 1917, we can build up a better picture in terms of trade.