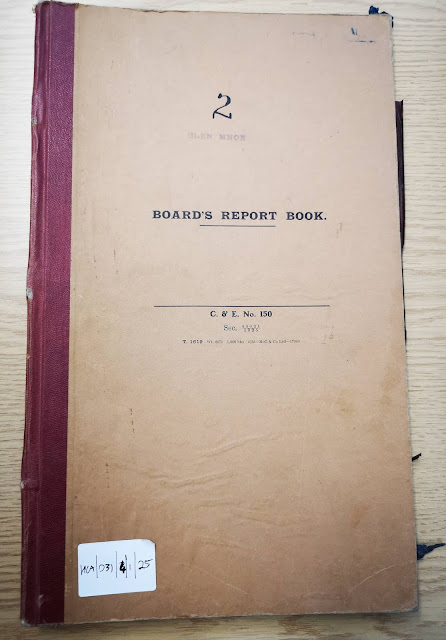 What we have pictured above is a remarkable find and one that I plan to bring to life.

Looking back to that day, I didn’t know what to expect when scouring the archives and a possible distillery logbook was identified. The sheer thought of what it might contain is hard to put into words. My initial thought was that it’d be some convoluted record of board meetings and administration by the owners, over a prolonged period. Perhaps bound in leather and of grand appearance – a distillery memoir that truly didn’t offer much.

Of all the documents I researched that day, this was the least impressive externally. Slightly scruffy and modest, showing its age arguably, full of counterfoil pages initially, as opposed to the original pages that followed afterwards.

Now, I should state that my research with this item is only just beginning, but I wanted to outline what we potentially have and its importance. 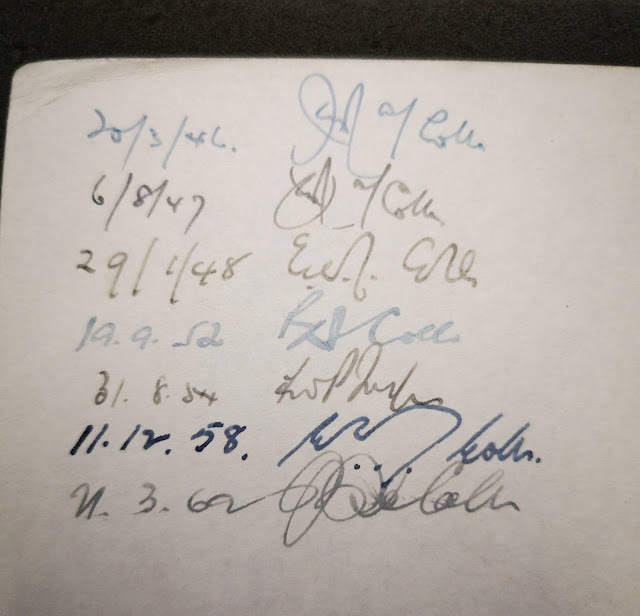 Inside the outer cover, we have a collection of signatures and dates. Some are matching, others don't. I’ve yet to investigate these, either their relevance as individuals or what happened on these days specifically. On first impression, and looking at what this logbook contains, my initial thoughts are these are quite possibly the Customs & Excise representatives who worked at Glen Mhor, or some form of an audit? The periods between the years would suggest someone connected to the distillery, or company.

The list isn’t definitive, as the first entry is from 1st June 1936 and I’ll reproduce this, in full, in a future posting. I have to decipher the writing, which has become faint due to the counterfoil nature of these pages. However, there I was, reading a request from Mackinlay & Birnie to make some repairs during their silent season. These had been put forward to the government representative for approval.

There is a huge amount of detail across this logbook. What I believe it is from an initial foray is a record kept by the Customs & Excise representative of any changes, requests etc. that related to the distillery and the production of whisky. Now, imagine finding that for any distillery from this era? It is a tremendous resource in theory. Giving us the nitty-gritty of distilling life from the 1930s until the mid-1960s when the log comes to an end. We shouldn't overlook the '2' on the outer cover, suggesting there is a prior book, potentially covering the 1890s to the 1930s, when this sequel kicks off.

The work of the excisemen continued on-site until the early 1980s across Scotland. Their methods of recording in such logs may have changed. I note from my research that we have similar materials for Glen Albyn also available. Actually, in greater number truth be told, but that’s for the Glen Albyn project. But it shows the meticulous detail that was expected for even the most minor change request and the power that these individuals could wield at a distillery.

Having quickly scanned some of the pages randomly, I returned to the beginning. If this was some form of exciseman log then could we have uncovered a document that goes beyond mere historical importance to Glen Mhor distillery? One individual, that is linked to the distillery, yet remains an enigma in terms of my research so far? 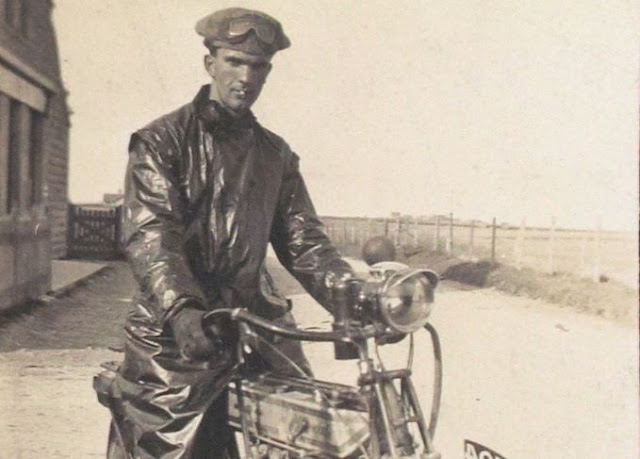 Meet Neil M. Gunn, one of Scotland’s greatest writers. He is forever linked with Glen Mhor as he worked at the distillery in an exciseman role. This image is kindly provided by the Neil Gunn Trust. He joined the Civil Service in 1906 and after a short period in London, joined the Income Tax Department in Edinburgh. It was here that he became aware of the Customs & Excise service.

Passing the necessary exams, he was deployed to Inverness and was responsible for some of the Highlands. In 1921, he was appointed as the Excise Officer at Glen Mhor distillery. Neil left Customs & Excise in 1937 to pursue his dreams of becoming a full-time writer and the rest, they say, is history. Except, whisky would return in 1957 when he was asked to help determine a site for the distillery that would become known as The Tormore.

There's a lovely symmetry as Glen Mhor and Tormore are 2 of my favourite distilleries. This aside, there is a deep appreciation of his writing and importance in Scottish literature, but his time at Glen Mhor is relatively undocumented. That is, until now, as knowing when Neil left the distillery, finding this logbook and realising its real purpose; I did wonder if we would have anything from him. As it would cover his last year at the distillery... 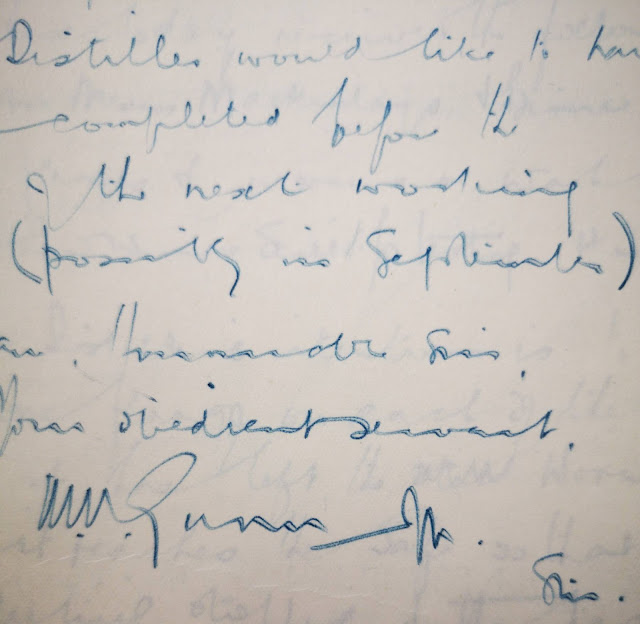 Amazingly, we do have some entries from Neil himself, which is exciting and a remarkable find not only in the context of Glen Mhor, but a wider realm. In fact, the first entry in the book is penned by Neil, and we'll document this soon. Moving into 2022, my aim is to document, digest and reassemble all of the entries in this logbook. A huge undertaking, but this find will weave so much into the fabric of what we already know and have yet to discover about Glen Mhor.

I hope you'll drop by now and again to see where this ride takes us.

My thanks to the Highland Archives and this unique record HCA/D31/4/1/25.