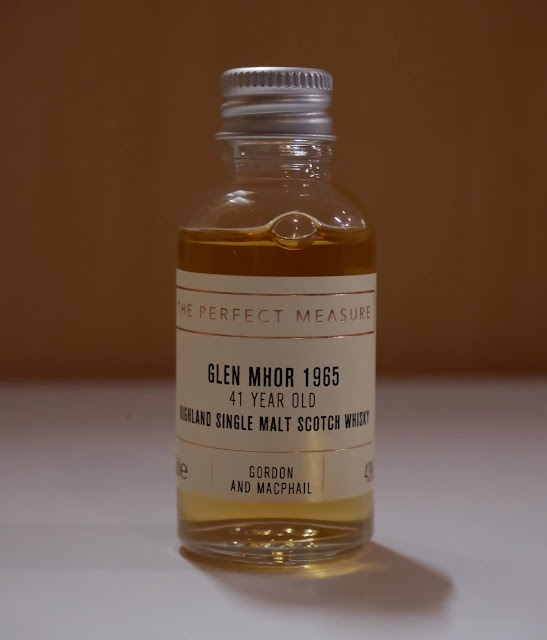 If you come across a bottle of Glen Mhor at retail, auction or even in a bar, there’s a high chance it will be a release from Elgin's Gordon & MacPhail.

The independent family firm has been a staunch supporter of Glen Mhor for many generations. Their single malt presence was established by bottling a variety of distilleries, distilled in the 1960s and beyond. Older expressions have been released by distilleries local to Speyside such as Mortlach, Glenlivet and Glen Grant, which have been earmarked by the family as being suitable for long-term maturation.

There are a variety of releases from Glen Mhor, dating from vintages in the 1960s and these will continue to be released – something I’ll come back to. This particular sample was purchased by me at auction. The hammer price was £60 for 3cl, which might seem excessive to some onlookers, but knowing how much bars in Scotland can charge for a smaller and younger measure of Glen Mhor, the deal was good.

This 1965 which was bottled in 2007 is 41 years of age and presented at 43%. The full-sized release nowadays will set you back in the region of £700-£800 - and sadly climbing - given the investment aspect of whisky we’re seeing. I’m fortunate that this is within my price range if need be. However, G&M releases are plentiful compared to the single cask bottlings of Glen Mhor. So, they are never top of my must-have list and are easily acquired if need be.

The official release as photographed by the Whisky Exchange: 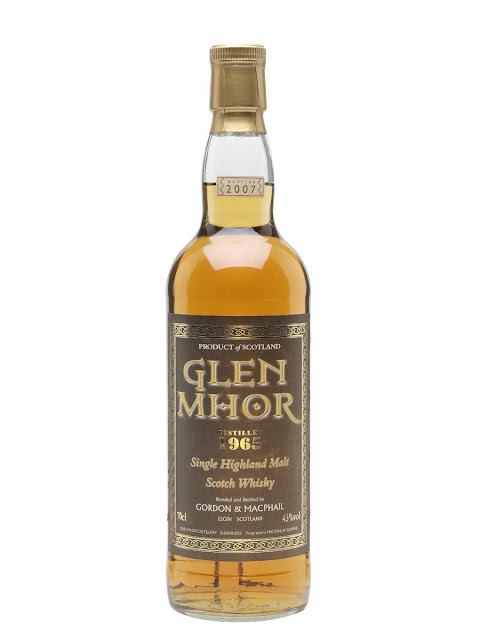 The connections between Glen Mhor and Gordon & MacPhail are strong. I would love to know how many casks G&M purchased over the years, however outside of Mackinlay’s and DCL, I suspect they were the largest customer of the distillery. We know the lack of filling orders was one of the reasons why the families sold out to DCL in 1972. This, in turn, ended the official single malt presence of Glen Mhor, a malt that enjoyed popularity in the North of Scotland.

G&M stepped into this breach in 1976, by releasing an 8 year old single malt expression of Glen Mhor. A whisky that still remains the gateway for many into their journey with this distillery. Plentiful, it’s the ‘cheapest’ of the Glen Mhor expressions at a couple of hundred pounds. Arguably, not the best as there are batch variations (we will be reviewing several in our whisky section), but it gives you a sense of the distillery and the house style of G&M.

In early 2020, I was fortunate to spend a day with one of the directors of G&M for a magazine article. One of the highlights was visiting their sample room where they monitor casks that they believe are a couple of years near bottling. A vast panoramic maze of sample bottles awaited. Included in what we tried was a 1966 Glen Mhor at 56.5%, with the sample drawn in November 2019.

Almost 55 years of age, there was plenty of vibrancy left in the whisky and with other samples from this distillery present, we’ll at least be safe in the knowledge that Glen Mhor will continue to be bottled in some shape or form, for future generations. I just wish I was writing a distillery-specific piece as I envisage they'd have some wonderful information - and I'd love to purchase an empty Glen Mhor cask. 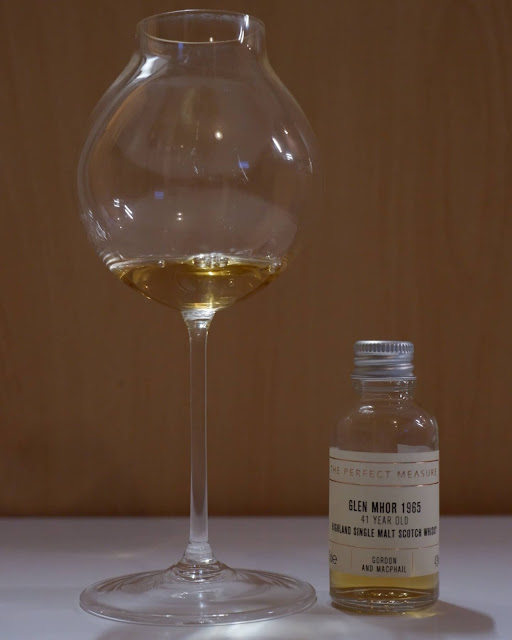 Distilled: 1965
Bottled: 2007 at 41 years of age
Strength: 43%
Colour: light gold.
On the nose: the arrival is buffed sherry wood, aged and resinous. Mixed with some delicate fruits and creamy vanilla, it's an elegant arrival, stylish but restrained. Sultanas, hints of orange zest, apricot and nutty brittle. Beeswax, honey with strawberries and caramel.
In the mouth: soft and pristine, continuing the restrained but luxurious feel. Vanilla oak, damp earth, tea leaves, oily with smoke on the finish with prunes and figs. The brief harsh pepperiness of black peppercorns being cracked in the mouth. A watery tangerine segment, tobacco and redcurrants. Some wood bitterness as well that comes from age but nothing domineering.
My thoughts
The nose is gorgeous, but the palate shows its age with the oak taking more control. Plenty of vibrancy and vitality from Glen Mhor at this age - particularly if you consider its reduced strength. There is a consistent feel to these G&M bottlings of Glen Mhor at reduced strengths; an engaging and enjoyable whisky, yet you're left feeling you're missing the directors cut.
What would be interesting is comparing this to some of the 60s casks of Glen Mhor that G&M still have? These will be bottled at cask strength and one of these was released last year. After all this time, they'll be on a similar strength basis but with more time for the wood to take a grip or not? As for any whisky with such a high price tag, I'd suggest trying before you buy, if you're able to afford the outlay and have that wonderful opportunity to experience a dram.
Score: 7/10
Labels: Glen Mhor Gordon & MacPhail Whisky