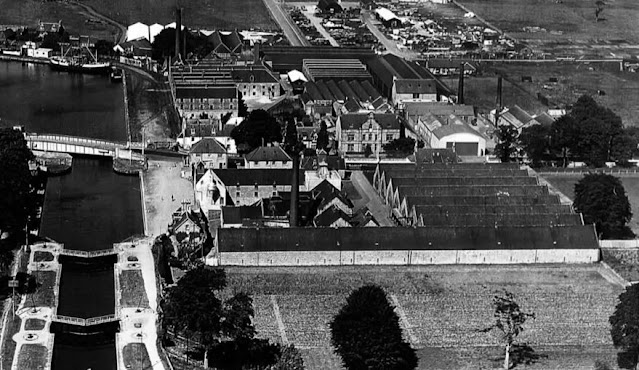 When I announced this project, its fair to say most were surprised. I’ve had offers of helming new sites to build upon what I had achieved previously. Some to house previous work, others to destroy what went before and others more from a commercial aspect. These were all turned down, as I’m not interested in financial gain from whisky, going over old ground or vendettas. Life is too short.

Instead, my focus on Glen Mhor became more intense and looking back over what I’ve compiled in the last 12 months brings a great sense of pride. The site has brought to life this lost distillery, compiling available information, new discoveries and rewriting errors of the past. Of all my projects, years and achievements, this is the one that has given me the most satisfaction and enjoyment.

A year on, I can safely say there’s much more to come. I have a cache of information to digest, leads to contact and hopefully an interview (or 2) with ex-employees of Glen Mhor. I’m always thankful for the assistance of everyone that has assisted in this journey and while there are too many of you to thank individually, I’ll just acknowledge the collective efforts of so many. Thank you all.

This project has no end date. For every lead that provides new information, there’s probably (on average) five that result in no progress. It is something I’m dedicated to chipping away at in the coming years. Posts might become less, new discoveries more infrequent, but collectively this already is the definitive celebration of Glen Mhor, and as its custodian, I’m dedicated to continuing the good work.

While the COVID-19 pandemic might have halted any research with libraries closing their doors, or offering limited services, I’ve seen it as an opportunity to go off-piste. Whisky historians don’t have the opportunity to truly dig in undiscovered areas. Time is of the essence and let’s be honest, Glen Mhor isn’t the most celebrated of distilleries. A mere paragraph or introduction will suffice in most cases with its sources being the same ones that have been read and reread by historians. I suppose a fan-based approach avoids such regurgitation and this Glen Mhor project isn’t set in stone. New discoveries placed into our timeline give us new perspective and the ability to consider their relevance. The research grows as does the appreciation of a distillery.

And a friend’s comment 12 months or so ago still rings true – every distillery should have a resource such as this. I have committed to doing Glen Albyn as this distillery came under the same ownership as Glen Mhor in the 1920s. So, I’m seeing a lot of Glen Albyn as I research Glen Mhor. It might be a tougher nut to crack, but I love a challenge and we just don’t know what’s out there until somebody commits to tracking down and compiling the information before its lost. The same applies to Millburn which is a tougher proposition but being in the DCL ownership for a sizeable chunk of its lifespan – as opposed to the last decade with Mhor and Albyn – should prove fruitful.

These things are for the future. Right now, its all systems go with Glen Mhor. More information to reveal, more whisky reviews and in 2023 a handful of celebration tastings of this distillery. It’s been quite the trip and will continue to be so.