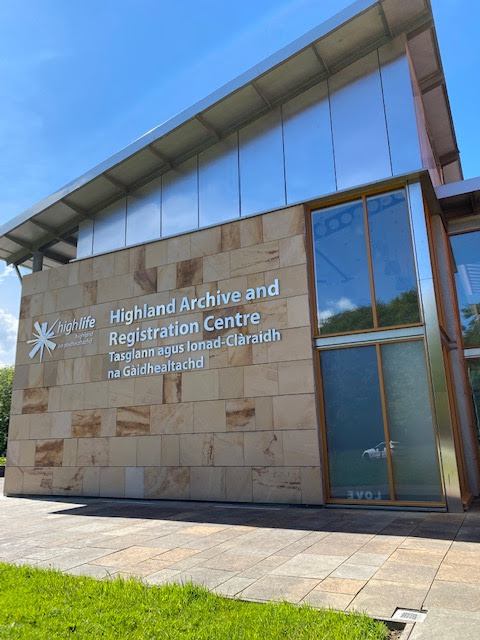 Last week, I was fortunate to be back in the Inverness region and granted half a day to revisit the Highland Archives Centre.

This is a fantastic resource that I initially perused in October 2021, finding all sorts of informative information and artefacts – some of which I’ve discussed on the site and have increased our understanding and appreciation of Glen Mhor. The reality is one visit was never going to be enough and I still have several documents to consider from my previous visit to still publish here.

What the initial visit did confirm is that more time was needed and this was the purpose of my second visit. I also identified several documents relating to the Glen Albyn distillery and wanted to consider these for its own website, but also to see if these offered any details of Glen Mhor, which was just across the road after all. I’m glad that I took this approach as it was fruitful.

It was a gorgeous day – actually week – in the Highlands and while it felt a shame to be sitting indoors while everyone else was enjoying the weather in the park outside. This is the nitty gritty of distillery research. Seeking documents and information that may have been untouched or dismissed for far too long. At least, the windows were open allowing a gentle breeze into the research room and the summer sounds of park life and incoming flights. 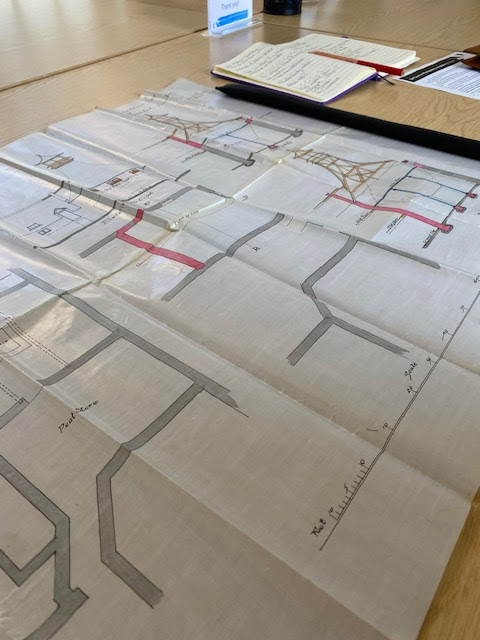 The menu for the afternoon was:

The board report book will form the basis of discussion and investigation well into 2023. For this, the plan is to transcribe the entries and then consider any outcomes from the information - even if it is routine maintenance work, these will give us some insight into the daily life at the distillery. I already have some pages lined up from the October visit to publish soon.

The photographs of Glen Mhor, are 2 pristine black and white images. The first of these is clearly Glen Mhor, with the men in the distance noted to be from 1936 on our photograph section. The other image, isn't Glen Mhor as it features 2 pagoda's which immediately rules out this distillery. I believe it is Glen Albyn but need to research the image further before confirming. Their existence and being such high quality prints, suggests a professional photographer was involved. As such, you wouldn't turn up on either site just to take a rather non-descript image, rather a series around both distilleries would be taken. Suggesting that more photographs may exist.

Moving on, the sketch, plan photocopy and section, all relates to Glen Albyn and is a fantastic perspective on its positioning and water source. These were recorded regarding the Caledonian canal, as such to use the images permission has been sought. While these don't show Glen Mhor, they do highlight the vacant site where the distillery would be built and are of interest.

The solitary Millburn entry is just out of interest, following on the water theme from above. This was arguably the most delicate document of the set and only dated from 1957. We'll be discussing this via the Millburn website when its written up.

All in all, a very informative visit, but the Dean of Guild Plans remain the most fertile research ground of all. I already have several applications relating to Glen Mhor to discuss, this second visit rounded off that material and unlocked a treasure trove relating to Glen Albyn. Returning to my initial point, searching through the Albyn plans did produce one application from the 1890s that I believe is wrongly labelled by the architect and is a Glen Mhor warehouse.

As you can appreciate, I've now assembled a huge trove of information for this distillery and while my pace is painfully slow, it is rewarding. I hope you'll see the fruits in the coming weeks and months, as I expect even on a weekly-ish publishing schedule, I have enough material for 18 months or thereabouts.

My thanks again to the Highland Archive Centre team and I'll no doubt be back for more researching.