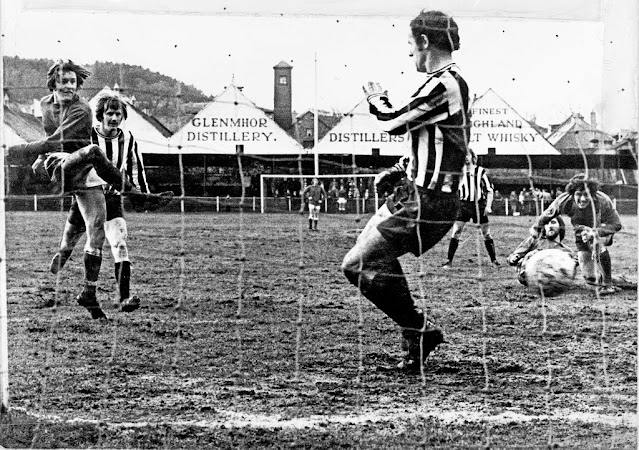 A fantastic action shot that comes from the Inverness Football Memories collection that is available online via Ambaile. This is one of my favourites from the football perspective as it does highlight the warehouse boundary and some of the production buildings, plus some advantageous advertising.

The original caption reads: 'Gordon Fyfe scoring for Caley against Fraserburgh at Telford Street, Inverness. To his right is George Adams (father of Derek Adams).'

Even in 1974, the distillery name was being shown as Glenmhor and Distillers of Finest Highland Whisky. Whitewashing warehouses and putting the distillery name on the outer wall for all to see is nothing new, but this approach takes advantage of the unique setting. Unfortunately, for all the images from matches over the decades, very few caught this perspective.

Glen Mhor itself would at one time whitewash its original warehouse and utilise the roof to highlight the name Glenmhor (yes, that way again) as showcased on this photograph from 1898.

Being 1974, this was shortly into D.C.L. era and this later photograph confirms that the signage was removed during their ownership. 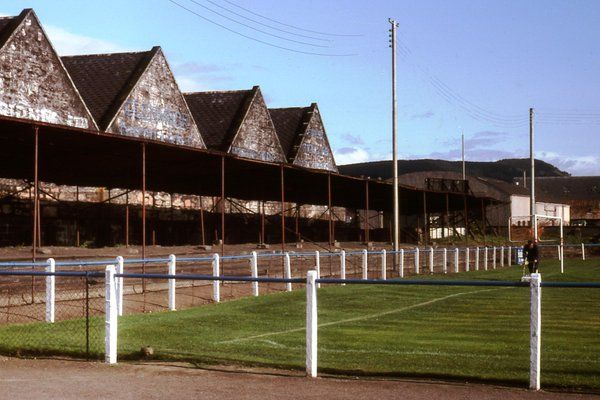