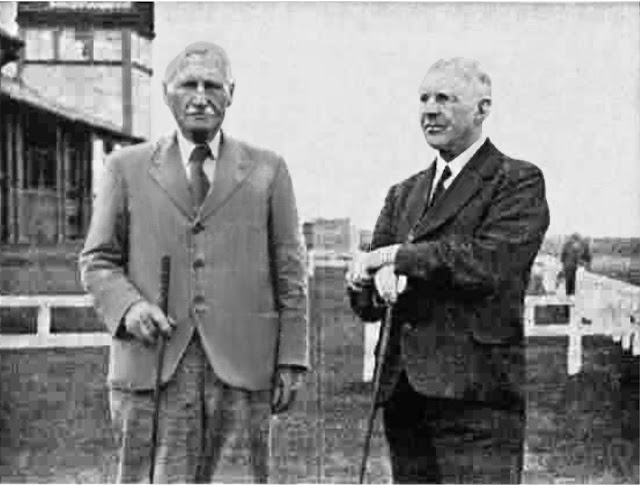 We know that John Birnie was a keen golfer and noted locally for being competitive. So, it is great to have this image with the following quote:

John's fitness would ensure he lived to see the ripe old age of 92, passing away in February 1946, when he noted to be 'the oldest distiller in Scotland.' While he may have switched his focus to the golf course in later years, he was always a guiding force and would have insight that any distiller would have valued.

His life covered the era of a young industry, with its roots in illicit distilling, into a more acceptable and admired profession. John, being remembered for his role as Provost and charity work for those less fortunate. He is still celebrated to this day with his portrait in the Inverness Town House. A remarkable man and hopefully we can uncover more detail about his life in due course.

By chance, I've been to Tain golf course, which is down by the old kirk. Amazing to think that John made the trip to play from Inverness which would have been more of a trek in the 1930s.

My thanks to Rose for her work with the photograph and making things more palatable.