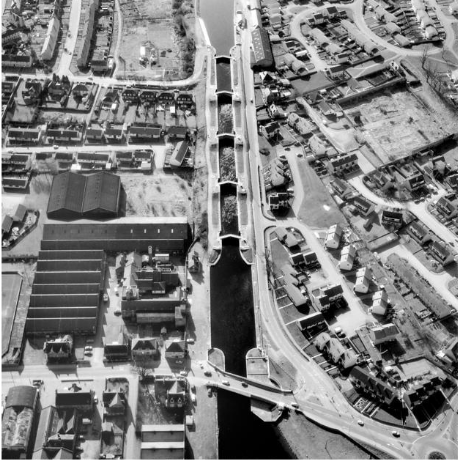 This sensational report was published in the Highland News on 21st May 1904, which involved the Glen Mhor distillery.

Thanks to our constantly evolving timeline, we have known for some time that Glen Mhor was flooded partially in May 1904 but did not have actual context, or further details. Thanks to this discovery, we can finally understand what truly happened on this fateful day. 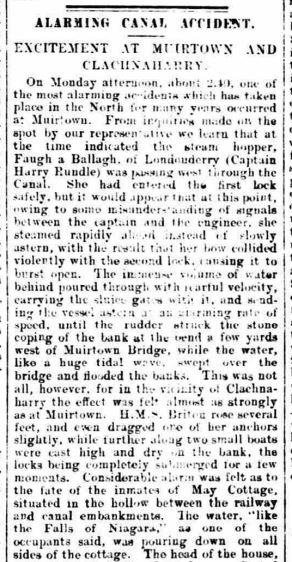 A miscommunication between the canal keepers and Captain Harry Rundle, steam hopper Faugh a Ballagh, created a collision in the second loch. If you've visited the Glen Mhor site, then you'll have seen the extent of the loch system, as the excellent lead image shows, and the photograph below (from Gary Anthony) confirms vertical decent. The Glen Mhor quayside would have been level with the bottom body of water on this photo. 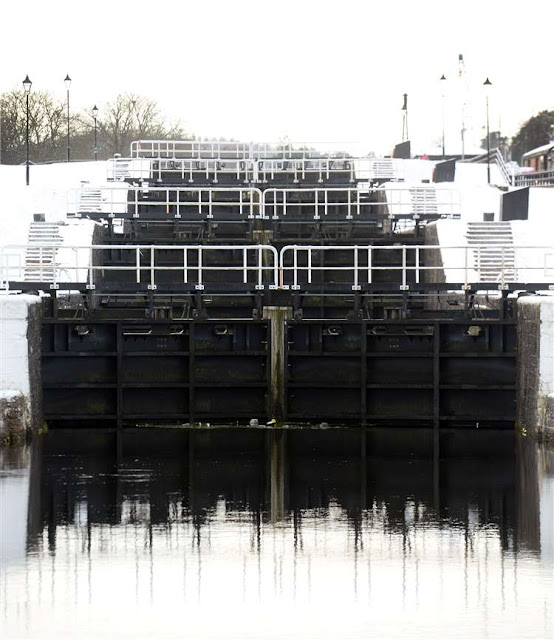 The misunderstanding caused the steamer to burst the second loch door creating a cascade of water, which would have immediately overfilled the subsequent locks. Such was the force of water that the sluice gates were also carried downstream, smaller boats were submerged and then deposited onshore and H.M.S. Briten was also washed slightly downstream. One local is quoted as describing the whole incident as 'like the Falls of Niagara.'

Thankfully, there do not appear to have been any fatalities or severe injuries. For Glen Mhor, regulars will know that the distillery wall marks a sudden drop below the canal level, which you can see in the next image, which the modern retail park being 12 foot lower. The car park level that you can see, is the production floor level, where the main buildings and warehouses would have resided. 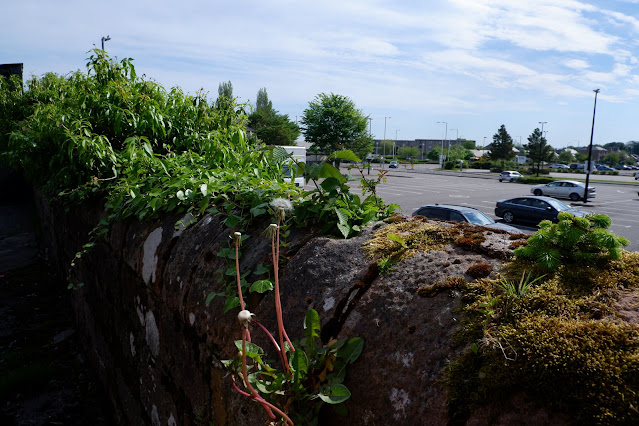 This explains the flooding and on the other side of the wall would have been the distillery production buildings, with some of the outbuildings in a more prominent position on the quayside. Fortunately, this appears to be (so far) the only documented incident involving the canal and the distillery. Glen Mhor did use the Muirtown basin as an entry point for supplies, with goods only coming upstream rather than downstream via the canal.

Disaster was averted with a train due at 2.35pm and the schooner Bella being on the north side of the bridge, if it had been on the other side, then the report suggests it may have been smashed against the bridge and the potential for loss of life, almost a certainty. 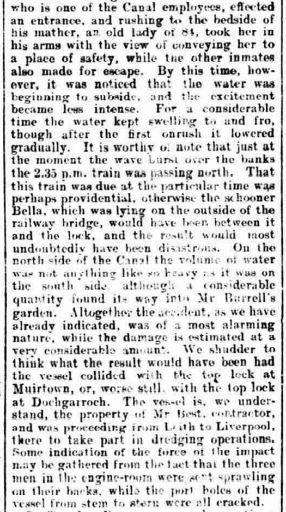 The report goes on to confirm that the turbine (noted in this essay), which helped power Glen Mhor for decades was damaged, but not irreversibly so. And speculates if the top loch had been breached, the resulting cascade would have been far greater downstream.
The scene of the crime, for want of a better expression, turned into a local attraction with hundreds of locals visiting the site to see the damage and subsequent repairs. Quite the event and something very unique to Muirtown and Glen Mhor. 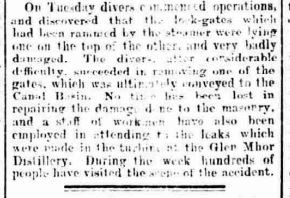 From memory, this seems to have been the only near flirtation with disaster at Glen Mhor, which lacks a history of fires, that we often see across the industry and especially at the ill-fated Banff distillery. This would have been partially due to its more modern construction and the leadership of John Birnie, ensuring that a safety-first approach was instigated. However, all the best laid plans could not have stopped the water from the nearby canal and the miscommunication between its operators and a ship captain.

In our next article, I promise a return to a more mundane historical news item, as we don't want to overdo the excitement.