The Death of Charles W. Mackinlay 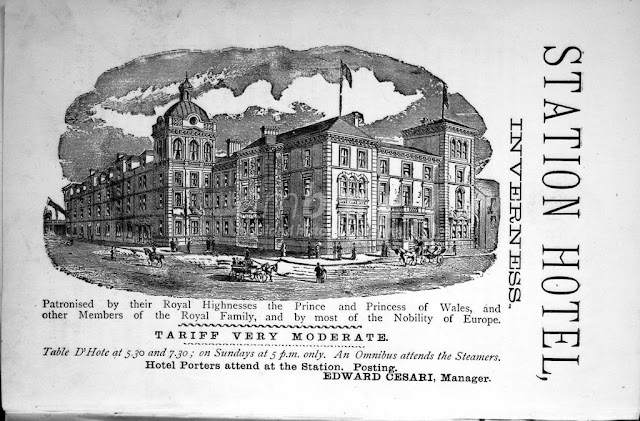 The curious death of Charles W. Mackinlay is another twist in the Glen Mhor story.

As we've reported previously, Charles took ill unexpectedly in Inverness and passed shortly afterwards, on the 4th of January 1896. It has been reported in The Scotch Whisky Industry Record by H Charles Craig, that Charles:

'died in Inverness whilst overseeing the building of the new Glen Mhor distillery. Born in 1848, he was the younger brother of James Mackinlay, who, now the sole partner, took into partnership his eldest son Charles (b 1871).'

My thanks to Roy for the text from the book, and unfortunately the above statement is incorrect. As we know, Glen Mhor was clearly up and running for 2 years prior to this tragic death. But what it does show us is that the Mackinlay's were overseeing and involved with the distillery as much as they could from their base in Leith, Edinburgh.

The newspaper article in the above link is more reliable in this respect. Confirming that Charles was on a visit to see the family partner in the business, John Birnie. Passing in his room at the Station Hotel, which took its name from the train station, and would have been a central point for Charles and to many visitors to Inverness by train. The hotel is still in business today, but as of 2000, is known as the Royal Highland Hotel.  The lead image is from 1893, courtesy of AmBaile and gives us a perspective of what the hotel would have looked like during this time. 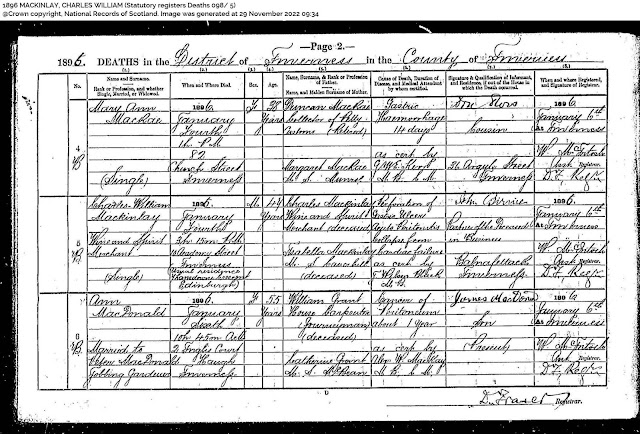 Thanks to Justine for this death certificate for Charles W. Mackinlay, with copyright retained by the Crown and National Records of Scotland. This confirms his role as a Wine and Spirit merchant. Cause of death is a perforation of a gastric ulcer, leading to collapse from cardiac failure. The informant is listed as John Birnie, partner of the deceased in business.

What I believe is that the book entry is mistaking building work at the distillery, as part of its foundation work. As we've shown, there was a huge amount of building on the Glen Mhor site after its debut in 1894. Referring to our timeline, this confirms that in December 1895, the Inverness Dean Guild approved plans to build the first new warehouse at the distillery. In effect, it was only an extension to the existing single warehouse from the 1894 build. It therefore likely that Charles in attendance to help oversee or gauge the initial foundations on this expansion, rather than any new distillery. This would have been the first additional building work at the distillery since its construction, so perhaps welcome chance to visit the family investment.

However, it remains interesting for what was a fairly modest expansion to an existing warehouse, Charles felt the need to be Inverness on the end of what would have been a long journey. It is because of Charles that Glen Mhor existed, as he introduced his brother to John Birnie and this brought about a successful partnership. So, there may have been a degree of friendship, the option to experience Hogmanay in the Highlands and the wonderful hospitality of the region, may have been an opportunity too good to turn down.