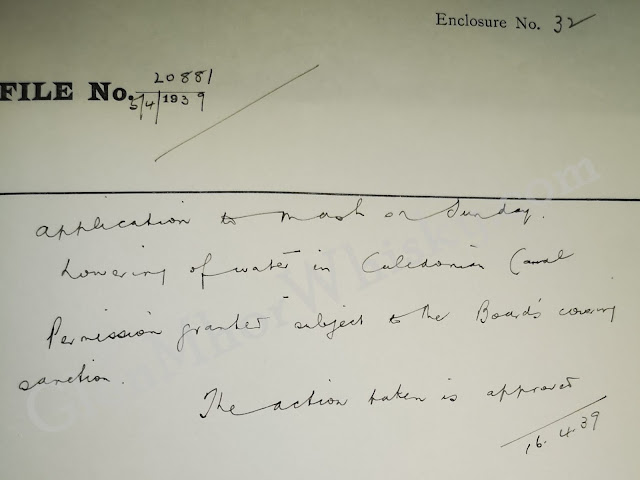 Short and sweet is how to best sum up the latest entry page.

We've not seen much impact from the Caledonian Canal on the daily workings of Glen Mhor, other than the unfortunate accident in 1904.

The owners and employees made much of Glen Mhor's water source and the waters of Loch Ness, which seems to be available on a consistent basis. This is the first recorded entry where we can see the water source did have an impact on production, with a request to mash on a Sunday:

'Application to mash on Sunday.

The action taken is approved.

This provides the perfect excuse to discuss Glen Mhor's water. I've already discussed the Loch Ness aspect which sounds great to tourists and international readers, but the reality was somewhat different. However, we do know that the distillery's water needs were served by an inlet pipe just loch-wards of Muirtown Top Lock. This comes from the son of a former worker and is backed up by my research.

I'm unfortunately unable to publish a beautiful plan of the Caledonian Canal and Muirtown Basin from the 1840s that I have discovered. I did ask the owners politely, but understand and respect their position. The document itself is a wonderful sight to behold and I'll be discussing it via the Glen Albyn research website, which is still in its infancy.

What it shows us is the pre-Glen Mhor landscape, the quayside is established as are the swing bridge and main road to Inverness, which isn't named. On the corner of Telford Street (on the Glen Mhor side), occupying the site that would remain housing and not used by the distillery, is a building that is labelled as Chandler's Shop and Bakery. This only occupies the corner of the site which presumably was no longer owned by the major landowner of the area, Sir K.J Matheson.

What's also of interest is a slender building, partially occupying the corner site and stretching east towards Inverness. This labelled as Rope Works, which would be the ancient skill of creating, maintaining and repairing ropes, which makes sense given the shape of the building and the proximity to a canal, basin and further north, the Firth and open sea. You can see the outline of the building in this 1867 OS map which shows its extent and how the landscape had changed by 1900 as Muirtown became urbanised. My thanks to Dave from the Inverness Local History forum for his help.

The image below, is not of this building, but shows the shape and work that it may have harboured and is kindly provided by the Pirate Empire blog: 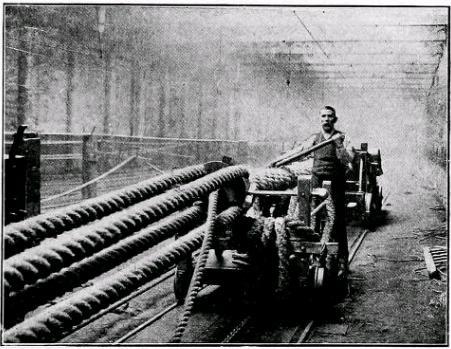 Being the inquisitive and detail-focused whisky geek that I am, I reached out to the Inverness History forum to see if they knew anything about the rope works or shop. I should also highlight, in this image from 1884 that we've discussed previously, you can see Glen Albyn in the distance, the shop bulding and what looks like the long slender building that we've been discussing: 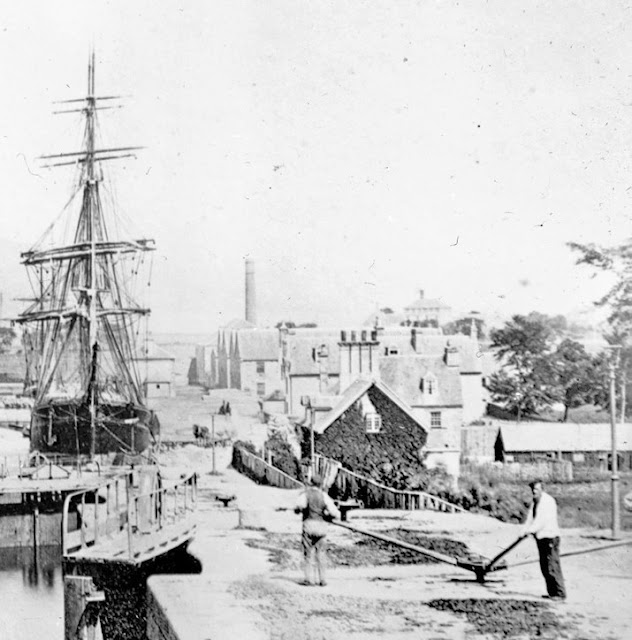 Searching through the archives, reveals another image from the 1880s that gives us a better perspective of pre-Glen Mhor and the length of the rope building: 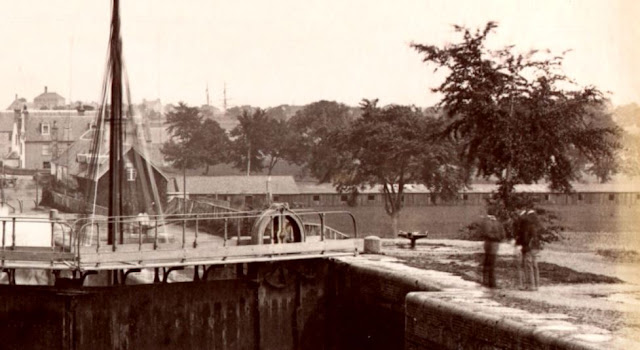 Buildings side, let's return to the central top of the water source. What the drawing also shows us, is where the Glen Albyn distillery took its water from and the path of the pipe to enable this. What's surprising is that it doesn't involve the Muirtown Basin, or a pipe in the direction of Inverness. Instead, the pipe leaves the distillery and runs underneath the whole length of the quayside, heading south along the Caledonian Canal locks and entering the entering the area of water at the top of the locks, called Muirtown Reach. This is just in front of the Loch Keeper's House that sits above the locks. There is also a longitudinal drawing section that shows the pipe elevation in relation to the canal and locks.

The map backs up what the relative of the former employee confirmed. Upon building the Glen Mhor distillery, you would not lay a completely new pipe that followed the same route of the existing water pipe that would take its water from exactly the same location and source. No, you would simply lay a pipe that connected to the existing pipe, which means Glen Albyn and Glen Mhor took their water from the same pipe and water source. I've shown the location using this 1980s overhead image of the site: 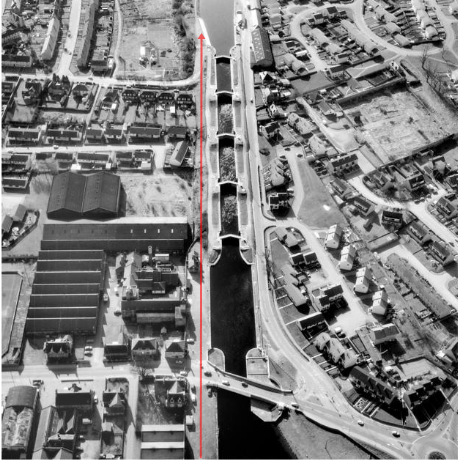 The pipe is specific to Glen Albyn in the 1840s and would have been laid around the time of its foundation. Without deviating greatly, we know that prior to Glen Albyn, a brewery existed on its site, called the Muirtown Brewery. It could be that the pipe was originally laid for brewing beer? Possibly, a sizeable investment and depending on production demands, it a possibility. The entry point of pipe at Glen Albyn is on the west side of the distillery building, before it splits into several points to enable production internally.

So, there you have it. Glen Mhor used the same water source as Glen Albyn, but what about this entry? It shows some work on the canal and its impact in theory, on both distilleries.

What's also interesting noting the shared water source and mentions of Loch Ness water for Glen Mhor, is that this element was never highlighted (as far as I know) for Glen Albyn. This arguably shows the bias that the ownership had towards Glen Mhor, which was its own creation, rather than an acquisition. It also underlines the status and promotion of Glen Mhor as a single malt, as opposed to Glen Albyn that was viewed as only good enough for blenders. An interesting twist on an old pipe that probably still exists partially in some form underneath the quayside at Muirtown.